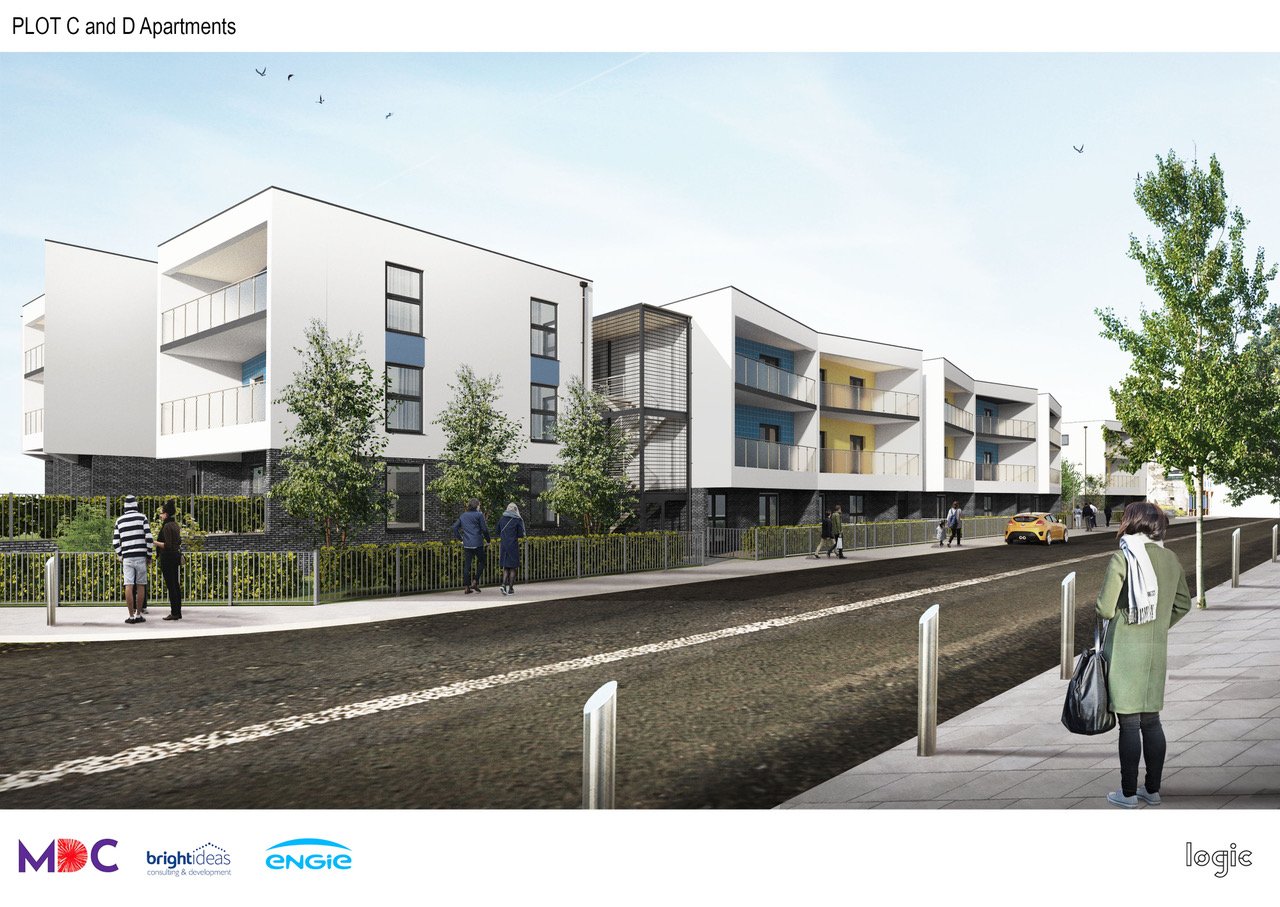 The owners of BICD, Martin Hawthorne and Ray Priest, were invited by Middlesbrough council to visit the town’s Middlehaven site, as the council felt that the existing housing providers in the town were not giving the area the investment it deserved. Martin and Ray were delighted, as they saw great potential for the area. Their energy, enthusiasm, skills and experience are the powerhouse behind the development.

Values and Vision
The aims for the development were tenfold, and Martin and Ray envisioned a neighbourhood that:

– Looked great
– Added value to the area by driving up land, rent and property prices.
– Would be of a quality, in the hopes that other developers would follow suit.
– Offered a real opportunity to bring working professionals to the town centre
– Promoted low carbon lifestyle through heating, transport and a comfortable working from home environment – so the scheme had to have fantastic transport and internet connectivity.

BICD engaged with architecture company Logic (based in Middlehaven), and gave them the remit to create 2×72 apartments over 3 storeys, on 4 small sites around Middlehaven Urban Park. The target audience was 20 – 35-year-old professional renters, looking for good-quality, central accommodation. We insisted on the homes only being let to economically active residents. We recognised the need to maximise the income an investor can achieve, as high service costs eat into their returns and lower capital values. Therefore, we realised there should be very little – zero public space in order to minimise service costs. Renting cost in the area are historically low, so our aim was to create the highest rents for the area to increase the overall value of the area. To do this we had to maximise the style, comfort, size and standards in order to justify high values. Balconies were essential, as was a high-quality level of design; the bedrooms should be equally sized, one with an en-suite, in order to enable easy sharing if required.

The heating should be low carbon and based on the use of air source heat pumps, and the homes should have the best possible, quality connectivity to digital infrastructure. BICD negotiated a one gigabyte connection from Virgin, well before they had planned to make this available in the town.

After signing an option agreement, BICD worked on – and funded – the planning application, and within 6 months of gaining the option had submitted an application. Permission was granted in November 2020, and start on site achieved in March 2021, less than a year from application.

North Star were interested in buying into the scheme as they had already owned 9 homes in the vicinity. They wished to see 16 houses and 6 apartments on one side of the development. There was some hesitation regarding investing in apartments only in Middlehaven, as from their perspective and houses were seen as a lower risk. They agreed to engage with the council to create a local lettings plan, so their affordable housing tenants had to be economically sustainable.

The planning application caught the attention of council leaders, who saw this scheme as the perfect way to kick start more regeneration in the area, and we were approached by Middlesbrough Council to see if we could work in partnership. A deal was reached whereby BICD became the project delivery team working alongside Middlesbrough Development Company (MDC) who became the main client. Middlesbrough Council funded MDC and a contractor was engaged to deliver the homes. The site is under construction currently with final handovers expected in August 2022. MBC will receive income from the interest payable on the loan, see its funding back at completion and see a marked improvement in the area, receiving council tax in the future, and both MDC and BICD should make a commercial return.

Homes England promote a ‘Rent to Buy’ grant, which allows RSLs to let to working people, and Beyond Housing agreed to buy 30 apartments on this basis – again only letting to economically active resident, who have a right (not an obligation) to purchase in time. Karbon, too, came forward to buy the remaining 9 apartments – making the whole scheme of 61 homes all pre sold well before completion.

The prices achieved, we believe, are the highest achieved in the area and will act as a marker for future valuations, raising property and land values alike.